KALAMAZOO, Mich. (May 11, 2014) – The mother of a 7-year-old girl who was allegedly sexually abused by her summer camp counselor at Bronson Athletic Club is speaking out after the judge decided not to send the case to trial.

Kristen Smith, the victim’s mother, said she wants Bronson to come forward in public and admit that it didn’t take the proper procedures to prevent the assault. Smith and her attorney also said they plan to appeal the judge’s ruling.

“From day one, they’ve wanted to sweep this under the rug and hope that it goes away, and we’re not going away,” Smith said.  READ MORE 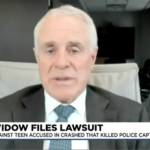