Attorney Ven Johnson, Johnson Law, PLC, has released a statement on behalf of client Paula Watts. Watts is the mother of Bryan Douglas-Watts who died of carbon monoxide poisoning during a hotel pool party in Niles, MI last weekend.

NILES, MI – Attorney Ven Johnson of Johnson Law, PLC, announced today that he and his firm will be representing the family of Bryan Douglas-Watts. Officials believe the 13-year-old middle schooler died from carbon monoxide exposure during a pool party at the Quality Inn in Niles, MI last weekend. Watts was one of over a dozen children exposed to dangerous levels of carbon monoxide. He was the only one that did not survive.

On Sunday, a vigil was held for Watts at the Quality Inn, which has remained closed since the incident. The Watts family has asked for privacy, but released the following statement through their attorney:

“The Watts family would like to thank everyone who has offered their support, comfort, thoughts and prayers during this difficult time. The outpouring of well wishes has been overwhelming. Bryan was a bright, joyous young man whose spirit and smile will live on in the memories of his family forever.”

The family asks that all questions be directed to their attorney as they deal with this unspeakable tragedy. Funeral services are planned for Thursday, April 13th at the Faith Apostolic Church, 909 N. Bendix Dr., South Bend, IN at 11 am. A GoFundMe account has been set up by the family to assist with funeral expenses. 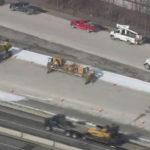 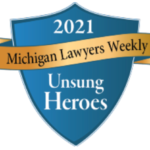