In April 2022, Patrick Lyoya, a black man, was on the ground while fatally shot in the back of the head by a Grand Rapids police officer following a traffic stop.  Ven Johnson is proud to be a part of the team representing the Lyoya family in their quest for justice after this senseless, brutal act of police misconduct.

On May 25, 2022, Ven accompanied attorneys Ben Crump and Antonio Romanucci as well as Peter Lyoya (Patrick’s father) to the White House to witness President Biden signing an executive order aimed at reforming federal police practices and establishing a national database of police misconduct. The entire team at Ven Johnson Law hopes that this is just one small step in the fight for justice for Patrick Lyoya and countless others that have been killed at the hands of police. 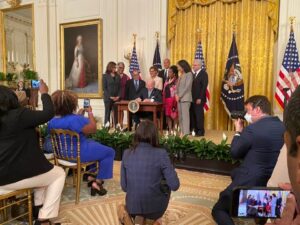 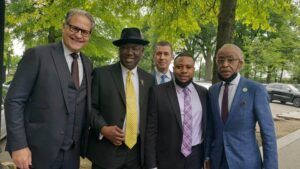 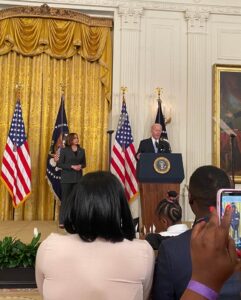