The U.S. Supreme Court is an entity known as the bastion of democracy in America. Located in Washington D.C., it is where landmark decisions affecting the direction of our country – and our lives – have been made since 1789.

Johnson Law is thrilled to congratulate one of our own, Personal Injury Attorney Jody Aaron, who recently joined the ranks of members of the Supreme Court bar. She was administered the oath that allows her to practice before the nation’s highest court on March 10, 2014.

The momentous occasion made an indelible impression on this leading attorney. “The experience was extraordinary,” she said. In regard to the swearing-in ceremony she explained, “In all honesty, I can say that it was one of the coolest things I’ve ever experienced as a lawyer.

Admission to the Supreme Court bar requires practicing law for a minimum of three years as well as a spotless disciplinary record. Applicants also must be of “good moral and professional character.” It is also necessary for them to receive letters of support from two current members of the Supreme Court bar.

After 30 years of practice, Ms. Aaron had been to the Supreme Court in the past. But this time, her experience was different. “When you’ve practiced for that long, you can become somewhat jaded at times,” Aaron stated. “But this was the first time I had actually been in the courtroom – I was almost overwhelmed by it all.”

She continued, “There is something special about looking up at the bench and knowing that legal legends that I’ve only read about sat there. Or that some of the greatest attorneys in history argued cases in that courtroom. I was surprised how strongly I reacted to this experience. It was profound, and it seemed like everyone I talked to in our group felt the same way.”

Along with 17 other members of the Oakland County bar, these exceptional individuals have succeeded in making some legal history of their own.
Johnson Law is truly proud to have Ms. Aaron as a part of our team. 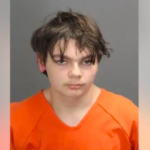 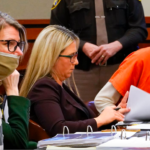 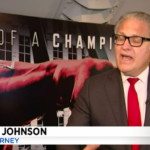 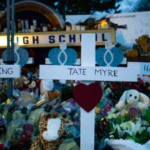