Police misconduct is more rampant today than ever, so it’s critical to understand your rights and how to protect yourself and your family.

From righting wrongful arrests to seeking justice for victims of police brutality, Ven Johnson has been defending the rights of citizens for more than a decade.

Some common examples of police misconduct include but are not limited to: 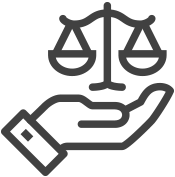 Civil Rights are the birthright of every United States citizen, and are designed to protect against discrimination, violations of privacy and free speech, and more.